Showing 10 results from a total of 30 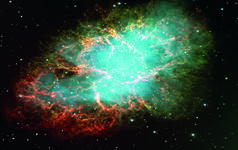 Running one of the world’s largest telescopes

Ever wondered what - and who - lies behind the beautiful and fascinating astronomical photographs and observations made with modern telescopes? Douglas Pierce-Price from ESO, the European Organisation for Astronomical Research in the Southern Hemisphere, describes a day in the life of the Very… 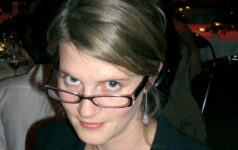 Launching a dream: the first European student satellite in orbit

One hour and 34 minutes after the bright tail of the Kosmos 3M rocket disappeared from view, more than one hundred students are checking their watches nervously. The first signal from their satellite should arrive any minute. Barbara Warmbein, from the European Space Agency in Noordwijk, the… 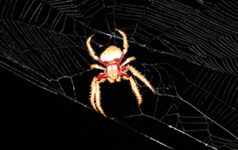 Spiders in Space : a collaboration between education and research

An ambitious Australian school project sent spiders into space to experience microgravity. 'Spiders in Space' will form the basis of a future project involving many more schools worldwide. Lachlan Thompson and Naomi Mathers, from RMIT University in Melbourne, Australia, explain how it all started. 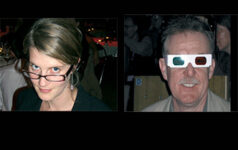 Science on Stage and the European Science Teaching Awards 2005: choosing the best of the best, special mentions and how the jury voted. Myc Riggulsford, UK science broadcaster and journalist, and Barbara Warmbein, from the European Space Agency in Noordwijk, the Netherlands, describe how the…

How do students perceive science and technology?

Svein Sjøberg and Camilla Schreiner from the University of Oslo, Norway, explain how they are investigating young people's attitudes towards science and technology. 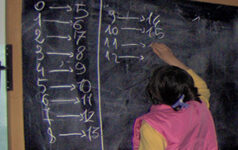 Sometimes in the wealth of detail of modern science, we lose sight of the unifying factor: the scientific method. Alfredo Tifi, Natale Natale and Antonietta Lombardi explain how they encourage the skills of enquiry, hypothesis and testing. 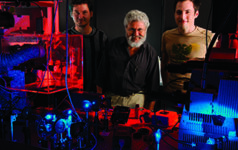 A bright future for light microscopy

Want to catch an enzyme in the act? Or watch an embryonic brain hard-wire itself?  Russ Hodge from the European Molecular Biology Laboratory in Heidelberg, Germany, explains how recent developments in microscopy show cells and organisms at work.

For the questions, see Shipwreck: science to the rescue! The hull timbers of both the Vasa and the Mary Rose have been found to contain about 2 tonnes of sulphur, as the element S. If 1000 kg sulphur in the wood were in the form of the pyrite, FeS2, how much sulphuric acid (H2SO4(aq)) would be… 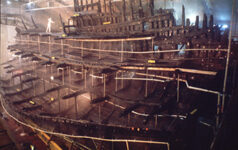 Shipwreck: science to the rescue!

The Mary Rose is one of several famous and historical ships salvaged from the sea in recent decades. Thanks to the anaerobic conditions on the seabed, the remains are well preserved. Montserrat Capellas and Dominique Cornuéjols from the European Synchrotron Radiation Facility (ESRF), in Grenoble,… 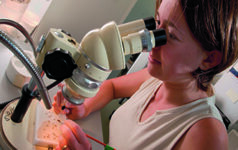 Fighting malaria on a new front

Stéphanie Blandin explains her work on malaria to Russ Hodge from the European Molecular Biology Laboratory in Heidelberg, Germany – and describes how she became a molecular biologist.